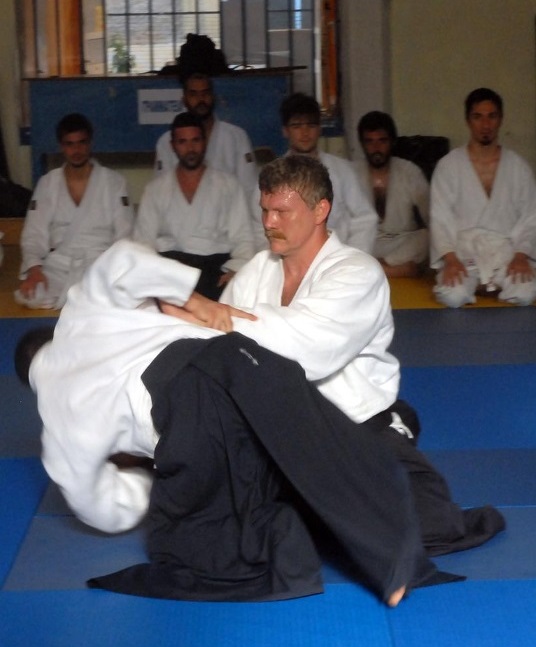 Evangelos (Vangelis) Patras, Olympian Officer of the Fire Department. A P.E. instructor, graduated from the Faculty of Physical Education and Sport Science of Athens , married and has three daughters. He came into contact with aikido after a long and intense involvement in sports.Patras Vangelis competed in three Olympics Games (‘88, ‘92, ‘96) with the national water polo team.At the same time he engages in diverse occupations, while specializing in various sporting fields and on issues related to the methodology and psychology of sport, nutrition, physiotherapy and prevention / rehabilitation of injuries. During his long involvement with Aikido he has participated in seminars within and outside Greece, and has been taught by many Japanese Shihan. He has also traveled to Tokyo where has intensively practicing at Hombu Dojo.After many years of training he’s a firm believer in the idea of continuous practice, to exercise not only the body but also the spirit, while improving our capabilities in order to achieve long-term health and wellness.
He has served as a board member of the Association of Greek Olympians, Vice President of the Executive Committee of the municipal radio station (Channel 1 Piraeus), a member of the Executive Committee of the National Athletic Center for the Youth of Ag. Cosmas and president of the Executive Committee for the National Sailing Centre of Piraeus.